I often struggle with names.

Putting together an odd-sounding, Harry Potter-esque name for a comedic piece is simple enough (I’m still trying to write a story worthy enough to house ‘Hester Cuppleditch’), but whenever I write a more serious story, I want the names to: a) be more realistic than ‘Hester Cuppleditch’, and b) have some deeper meaning.

I think a subtle allusion, a brief nod in a name can transform a piece, adding complexity and hints to some darker story. (And also handily lead the readers to believe the writer is smarter and more talented than she actually is.)

I had an idea for a short story last year, about a woman whose husband had died; the more she thought back on her marriage, the more abusive a relationship you realised it had been, and I wanted the reader to subtly realise – without the character turning to face the camera and go, ‘I cheated on him. I had a whole bunch of sex with someone else, I did. And I got well and truly knocked up proper to boot’ – that they had spent their marriage hurting each other in different ways.

So I decided to make their names a reference to the most famous literary betrayal I could think of – Delilah betraying Samson. This is because: a) I’m a right navel-gazing twerp at times, who thinks biblical allusions ‘really add something’ to an idea that popped into my head while reading Doctor Who fan fiction, and b) I really didn’t think things through.

Calling the characters Samson and Delilah outright would have gone from the story having a subtle nod to its more analytical readers to me flashing honking great marquee lights on and off and screaming, ‘I’m clever! Look! I’m clever! I know the Bible!’

So, nicknames it was.

Samson shortens to Sam easily enough, but Delilah was a bit of a nightmare. It seemed too archaic and clunky on its own, but the nicknames that come out of it aren’t exactly subtle:

Even more unfortunately, it’s rather close to my own name, Mell.

Even more even more unfortunately, my partner’s name is Sam…

I think my friends saw a somewhat elaborate plea for help between the flashing marquee lights when I asked them to proof-read the story. It took a lot of assurances that, No, really, everything’s fine, and, It’s a biblical reference – remember how I’m a right navel-gazing twerp? for them to rest easy they weren’t witness to the most insecure solicitation ever made, and me to realise just how much I struggle with names.

Perhaps I could just shorten Hester to Hessie…

By any other name… was last modified: February 11th, 2017 by M. J. Magee
Naming charactersThat awkward moment when your friends think you're begging for an end to a tormentous relationship when you just want your spelling checkedWriting
327
Facebook Twitter Google + Pinterest 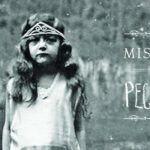 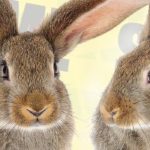