I’ve been really struggling, the past few weeks, with an idea that will not leave me alone.

It’s the Michael Myers of storylines: relentless, always springing up when you least expect it, and bearing a creepy resemblance to William Shatner (bloated and not acting right).

And, like Michael Myers, it just can’t be killed. Every time I think I’ve gotten it out of my life for good, it comes back – usually when I’m babysitting or listening to John Carpenter’s music – and the hell starts all over again.

I first had the idea a few years ago, an urban fantasy story best described as: no, Stephanie Myers, this is how a schoolgirl would really react to finding out her crush is a supernatural monster.

It was the culmination of a few different ideas and character stories I’d come up with, fallen in love with, and never knew where to use. I wanted to house a realistic take on the werewolf mythos, mixed with the less, erm, slobbery dramas of teenagers in a boarding school – relationships, sexuality, uncertainty about the future, rumours and gossip and how destructive people can be. I wanted to have a bigger, more dangerous world outside the school, in the form of a religion-cum-cult, a group dedicated to the eradication of werewolves, who can only be the Manifestation of Sin. And I wanted to have danger closer to home. The cult in the school. Though who is a member might be hard to tell.

And most of all, I wanted to begin with this tweet:

I like this. I like setting up that danger, I like having those questions straight away; the story is of the lead-up to the murder and how it all came to pass but tweets from the murder on are scattered throughout the story, along with minutes from court hearings, newspaper clippings, transcriptions of an interview with the cult leader in jail, and excerpts from a book, written by a student who witnessed it all.

I love stories that play around with time, and cleverly hint at nail-biting dangers the characters don’t know they’re facing – Erin Morgenstern does it beautifully in The Night Circus, when she mentions an in memoriam statue in the circus, and leaves you frantically reading on, hoping it’s not for someone you like which, unfortunately – damn her clever writing! – is most of the cast.

I really wanted to play around with the past – which is, to the wider world, unknown – and the present, the investigations into the case, and as a technique I think it works okay.

It’s the rest of the story that doesn’t.

I keep jumping back and forth on if it’s a story that can be told at all.

Some bits of it seem like good ideas. I have little flashes of pride (along with paranoid cries of, ‘Who broke into my laptop and wrote this?!’) reading back some sections, and think, ‘Oh, I have to keep writing this, this bit’s actually good!’ But then, when I try to press on, I start questioning things:

This is usually the point when I give up and eat cake.

I feel like there’s something, in the accumulated mess of five years too many thinking about this, that could work as a decent story. But I’m not sure what it is.

If I cut all of the less central pieces, the story seems brief and shallow, but with them, it’s just expanding on characters that you don’t really have any reason to care about, on account of them not being interesting werewolves.

I don’t know how to make it work.

But I can’t kill it. It’ll just keep coming back. 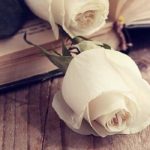 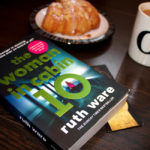